For many years, Ghana has been a major recipient of e-waste from countries such as Canada, UK, Germany, Italy or the United States
However the Basel Convention, adopted in 1989, prohibits any dumping of toxic substances in developing countries. But under the guise of gifts or illegal trafficking thousands of out-dated computers, mobile phones and Hi Fi’s are flooding the countries slums.
Poverty drives children to find jobs sorting, dismantling and burning the equipment to recover metals, like copper which are then sold to buy bread. The work is their sole means of survival carrying serious health rsks affecting their respiratory, nervous and reproductive systems. 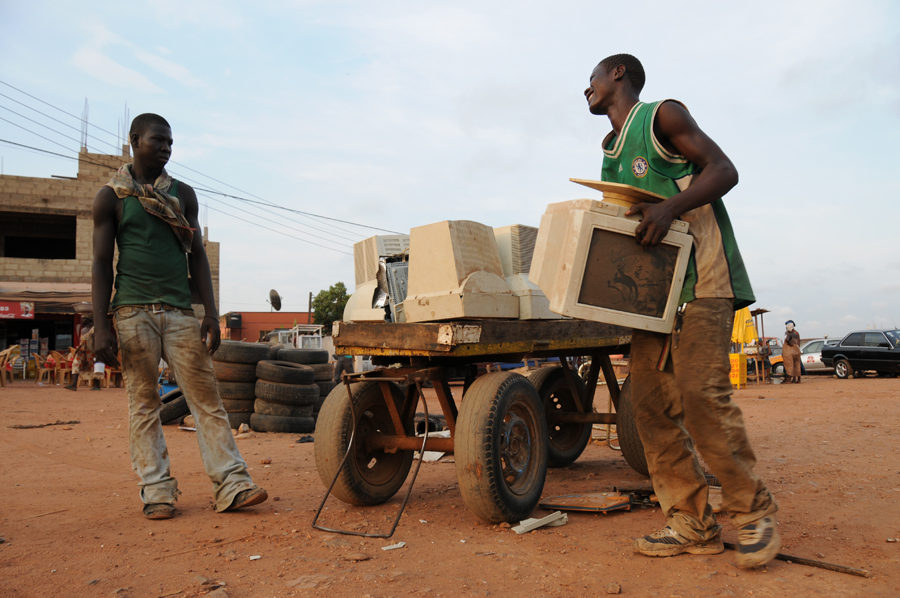